Amber Rose is an American model, actress, and television personality. She is one of the most colorful personalities in Hollywood and her life story is a series of bold decisions that defy stereotypes. Amber started her career as a model and then tried her hand at rapping before becoming an actress. She released her debut single on January 10, 2012. Amber is currently a full-time fashion designer and mother of two. Rose has appeared in several music videos for many popular artists from the rap and hip hop industry. She has also modeled for major fashion brands. Amber Rose has also made appearances, in reality, television shows. Through her foundation, she has been quite vocal about sexual violence, victim-blaming, derogatory labels, and gender inequality.

Amber is also popular on social media; she has millions of followers on Instagram. She has also encouraged people to embrace their uniqueness. Her super-hot body, devil-may-care attitude, and openness about herself might be some of the reasons why successful icons from the music industry fell for her. Amber is a fierce advocate of women’s rights. In 2015, she led the ‘SlutWalk’ movement in Los Angeles in association with ‘Funny or Die.’ The movement was intended to show support to women being labeled for sexual behavior that comes naturally to them.

Amber Rose was born Amber Levonchuck on October 21, 1983, in Philadelphia, Pennsylvania, USA to Dorothy Rose and Michael Levonchuck. Her father is of Irish and Italian descent and her mother is of Cape Verdean African and maternal Scottish descent from Ayrshire. She has one brother named Antonio Hewlett. Rose grew up in South Philadelphia. She later adopted her mother’s name. Amber is of mixed descent, half Cape Verdean and half Irish.

Rose dated rapper Kanya West for two years, starting in 2008. Amber began dating rapper Wiz Khalifa in early 2011. The couple got engaged on March 1, 2012, and married on July 8, 2013. Their son Sebastian Taylor Thomaz was born on February 21, 2013. Rose, Khalifa, and their son divided their time between homes in Los Angeles and Canonsburg, Pennsylvania. Rose filed for divorce from Khalifa on September 22, 2014, planned to take full custody of their son Sebastian. As of 2015, Rose and Khalifa have joint custody of their son. Beginning in Summer 2017, Rose was dating rapper 21 Savage, who is 9 years her junior. As of March 2018, the couple has separated.

She shares the custody of her son with ex-husband Wiz. Amber Rose is happily with Alexander “AE” Edwards after welcoming their son in October 2019. They began dating in 2018 and welcomed their first child together, son Slash Electric Alexander Edwards, the following year. The model revealed the pair tied the knot in January 2020, and they are still going strong. She has always open about her struggles. Amber was a victim of bullying at school. She has never shied away from talking about the fact that she worked as a stripper at 15. Neither has she ever been a conformist, fitting into roles designated by the society. She came out as bisexual to her fans. She has also dated celebrities like Chris Brown, LeBron James, Safaree Samuels, Nick Cannon, Machine Gun Kelly, Odell Beckham Jr., Terrence Ross, and Val Chmerkovskiy.

Her natural hair was brunette, but slater dyed the hair in blonde color. Also, she prefers using blue contact lenses. The white model goes to the gym for workouts and yoga to have the perfect measurement. With the help of training, she has been able to get the perfect measurement. The model is the height of 5 feet 8 inches and weighs around 72 kg. Talking about her net worth she has a net worth of $12 million.

Amber started her career when she was young, owing to the financial condition of her family. She started off by working as a stripper to pay for her expense. She later graduated to modeling and started landing modeling gigs. This girl made her first screen appearance in Ludacris’ music video titled ‘What Them Girls Like.’ This marked a milestone in Amber Rose’s career and she caught the attention of rapper/singer Kanye West. She reached the height of her modeling career when she appeared in a ‘Louis Vuitton’ print ad for Kanye’s signature footwear collection. The two started dating and made frequent appearances together in public events. She continued to make appearances in music videos. She was managed by Miley Cyrus’ mother Leticia “Tish” Cyrus, who is a close friend of Amber and her ex-husband, Wiz Khalifa. 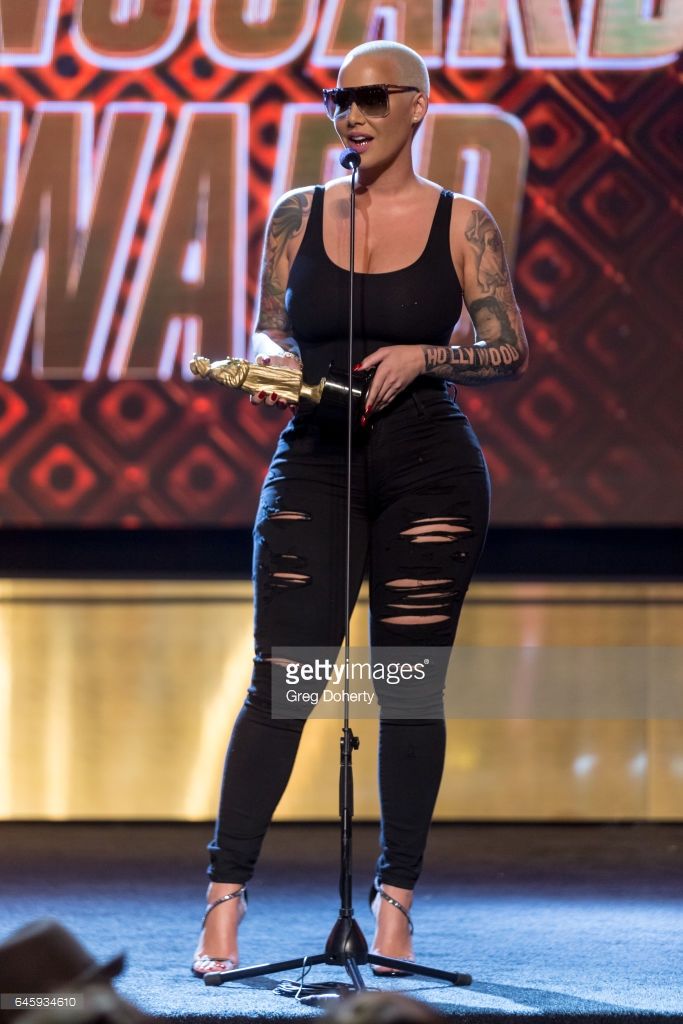 Some of these music videos include Young Jeezy’s ‘Vacation,’ Nicki Minaj’s ‘Massive Attack,’ Fabolous’ ‘You Be Killin’ Em,’ and Wiz Khalifa’s ‘No Sleep.’ She also featured in runway shows, modeling for designer Celestino at ‘New York Fashion Week.’ She was also signed by the elite ‘Ford Models agency in 2009. Amber is also an accomplished rapper. She released her debut single ‘Fame’ featuring Wiz Khalifa in the year 2012. Her second single ‘Loaded’ released the same year. She has also featured in Wiz Khalifa’s album ‘O.N.I.F.C.’ Amber started her fashion designing career by launching an eyewear line in 2009. Amber expanded her line to other fashion merchandise like bags, clothing, and jewelry. She is also a published author; her book ‘How to Be a Bad Bitch’ was published in 2015.

Amber made her television debut in 2010 with the reality show ‘Running Russell Simmons.’ She also appeared as a guest judge in ‘RuPaul’s Drag Race.’ She was then seen as a full-time judge in ‘Master of the Mix.’ In 2011, she became the face of ‘Smirnoff,’ promoting the company’s new ‘Whipped Cream’ and ‘Fluffed Marshmallow’ flavored Vodka in both TV and print commercials. In 2016, she started her own talk show titled ‘The Amber Rose Show’ on VH1. The same year, she also started hosting a syndicated radio call-in program called ‘Loveline.’ Amber competed in the 23rd season of the famous show ‘Dancing with the Stars’ and finished ninth. 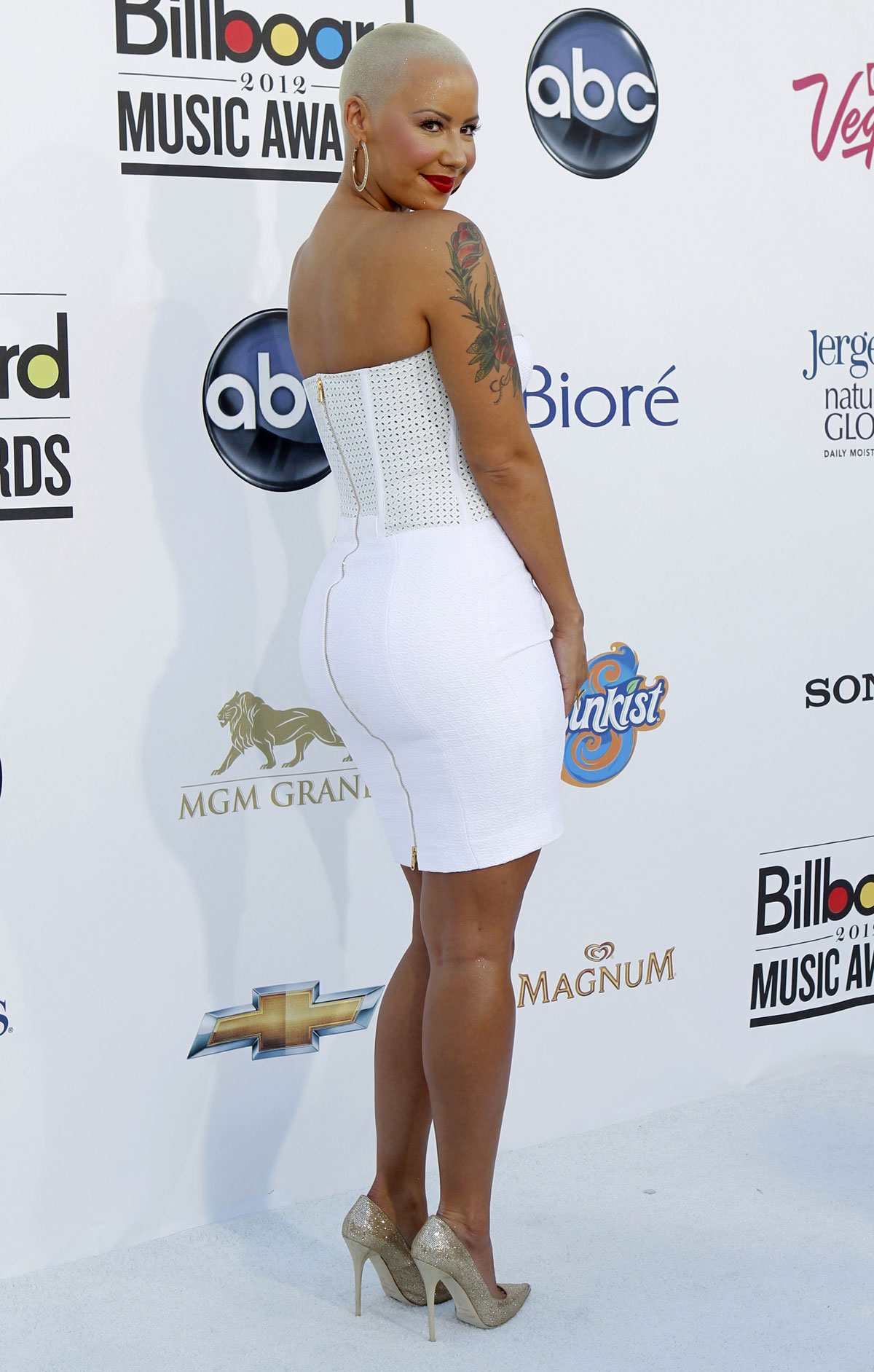